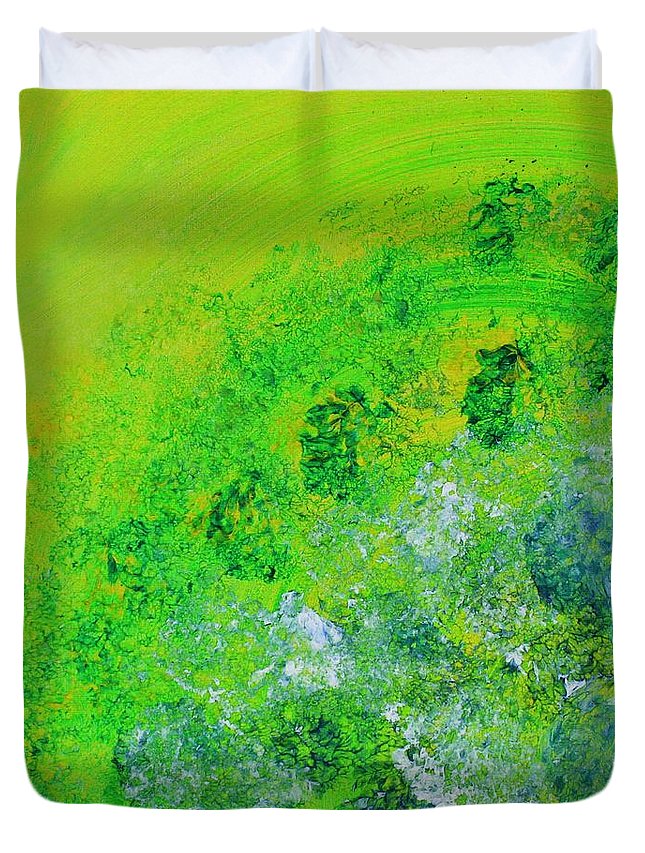 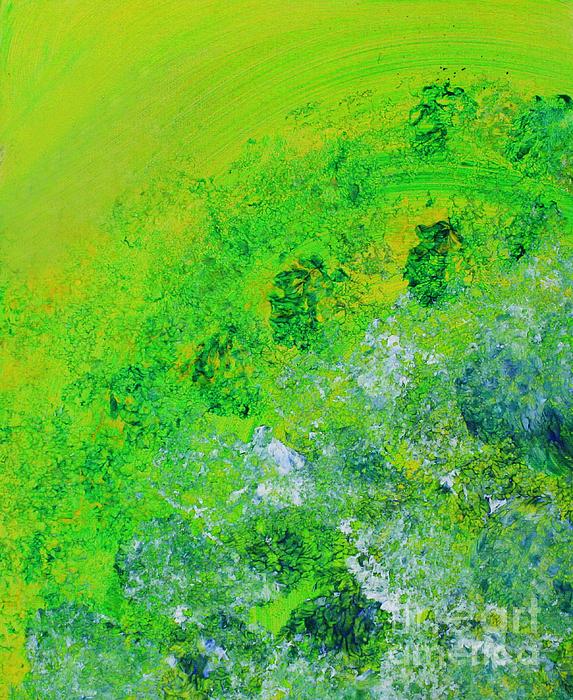 Queen duvet cover (88" x 88") featuring the image "Green Peace" by Sarahleah Hankes. Our soft microfiber duvet covers are hand sewn and include a hidden zipper for easy washing and assembly. Your selected image is printed on the top surface with a soft white surface underneath. All duvet covers are machine washable with cold water and a mild detergent.

The painting was inspired by the sun and the sea and the flowers in South Florida!! No need for a frame as this canvas is painted on the sides.

The painting was inspired by the sun and the sea and the flowers in South Florida!! No need for a frame as this canvas is painted on the sides.